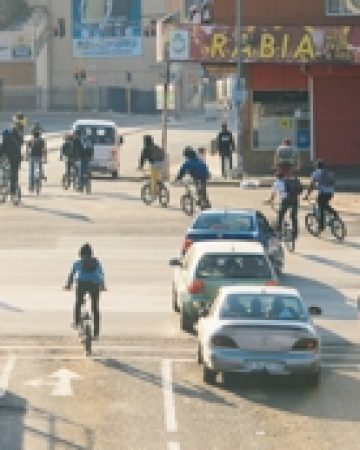 If you didn’t know it July 18th is now known officially as “BMX Day“. This is now to become an international event, hosted globally, by riders like you an me. We have some rad photo’s from the very first one that went down in Jozi.

“On a frosty Saturday morning the Johannesburg Library Gardens were awoken to the sound of bikes cruising in as riders from different scenes and towns from all over SA came together in support the first global BMX day.
The point of BMX day is not about drawing crowds, prize money or a contest format, It’s about drawing the scene closer together no matter how big or small through sharing the common bond of riding bikes.
So without further delay we packed the van, camera gear and set off on a wild ride through the city!

Here are your top riders from the day:

Rider of the Day 1 – Robert Davies

Rider of the Day 2 – Murray Loubser

A BMX street ride in the city of Johannesburg, South Africa.

Filmed and edited by Kevin Schnider
Photography by Wayne Reiche.

After warming up and clocking some clips at the first spot as well as getting everyone in one place for a group photo to commemorate this gathering it was time to hit the streets, Seeing a huge mob of riders bombing down Commissioner Street is definitely a sight to make anyone who has ever ridden a bike stoked.
With Wayne Reiche and Kevin Schnider capturing the vibe and the visuals you know this is going to be on point. Check out the edit and photo gallery below and get a behind the scenes look at how a bunch of BMX riders took over the streets of Johannesburg !