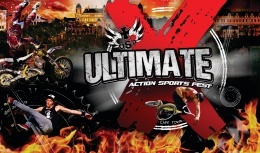 It’s coming up fast! The Pro line-up is unbelievable! 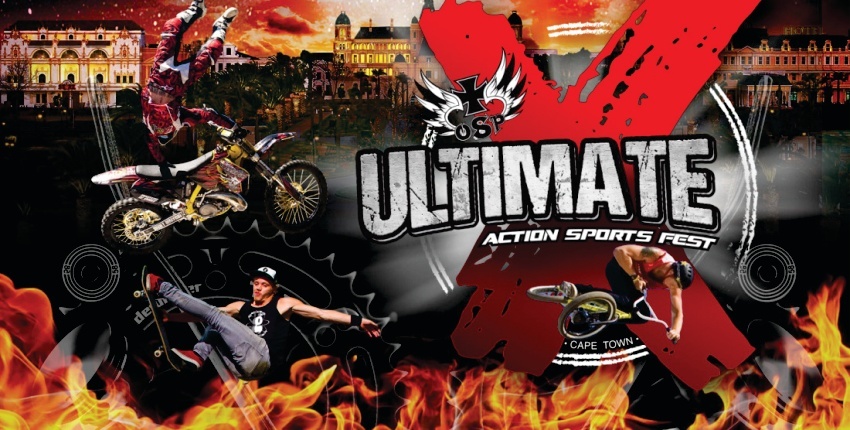 South Africa’s Premiere Action Sport festival will showcase the best in local and international athletes as Ultimate X 2015 flips into its new home at Grand Arena, GrandWest Casino on the 27th and 28th February 2015.

6 years on, Ultimate X will once again deliver on its promise of bringing extreme sport lovers a host of spectacular stunts such as FMX, BMX and Skate as athletes compete for a prize of over R150 000. With more thrilling action than ever before, festival goers can expect nothing less than a bigger, better faster and more epic Ultimate X in 2015.

The 2015 festival brings with it a fresh flair as the Grand Arena is transformed into Africa’s first indoor, floodlit, pyrotechnical lazer extreme sport showdown. When asked about the 2015 event, Ultimate X Owner and Master Mind Markus Museler said, “We are stoked to be taking Ultimate X into the Grand Arena as this is going to change the face of Action Sports in South Africa. Spectators will experience a never before seen Indoor Action Sport BLOWOUT with, as always, Africa’s Best Skate and BMX Park. There are limited seats available so be sure to get yours now!”

Need Help? Hit me up
Need something?
Hi! Click one of our member below to chat on Whatsapp
The team typically replies in a few minutes.
BMX Direct SOS
Be nice It costs nothing. Besides, you usually get free stickers...